Today, I'm home alone (hone along) 'cuz Mama took Tato to the ER & he's been / was...admitted to the hospital this AM...cuz bleeding, cuz catheter which he pulled out last week.

Now that Eostre's well and truly done, both pagan, and then regular AND orthodox (which peops finally noticed in Ukraine!)...time to focus on Sunday's Beltane (which also has a moon-eclipse event, and then the Sunday after is Mother's Day, US.

So...that's the agenda for today, Monday moonday, gotta do some yoga today too!
- April 25, 2022
Email ThisBlogThis!Share to TwitterShare to FacebookShare to Pinterest

Just finished making 170 pierogies for the family holiday celebration of Koliada, or Yule, or Ukrainian Christmas.

3 pounds of potatoes, peeled, diced, boiled, (can add salt if you want)

Dough: Add water into flour, by bits, mixing with your hands, into a dough ball; if too sticky add a little more flour. Let rest half an hour, covered. Roll out thinly, as thin as you can, then take a circular measure (we usually use 6 or 8 oz. glass), and cut out rounds, snuggled next to each other. Gather the scrap dough and set it aside, covered.

Filling: Mash together the potatoes and cheese.

Pierogies: By half teaspoonfuls, put the potato mix onto a round in your hand. Fold it over so it forms a semi-circle, then pinch together the edges where they meet; pinch well, being careful to make sure that the corners and everywhere along the seam cannot leak. Put on a floured sheet and cover with a towel.

Cooking: Once they are all made, drop in batches into boiling water for about 6 minutes. They will float to the top. Strain, and if not eating right away, toss with butter/oil to keep from sticking. They reheat (and even freeze and reheat) well: can be put into oven or microwave.

- December 22, 2021
Email ThisBlogThis!Share to TwitterShare to FacebookShare to Pinterest

Kutia is an ancient food. It is wheat berries (whole wheat seeds) with poppy seeds, walnuts, and honey. However it's very easy to make using modern ingredients and conveniences.

Rinse wheat berries, and let soak, covered in water, overnight if possible. Then cook in a slow-cooker on high for at least 3 hours, up to 8, keeping wheat covered, with water, until they are as cooked as you prefer...some like them 'al dente' {"to the tooth" in Italian}; others prefer the starch to come out of them. Then mix in other ingredients, to taste. Can be served hot or cold, and keeps well refrigerated for up to a week.

- December 20, 2021
Email ThisBlogThis!Share to TwitterShare to FacebookShare to Pinterest

The New Moon in Sagittarius...beginning of the 13 moons thru 2022
Originally written as a Rite for a Solitary Practitioner, but can be adapted for groups

(repeat 3x and maybe a forth to a fade)

(repeat 3x and maybe a forth to a fade)

- December 05, 2021
Email ThisBlogThis!Share to TwitterShare to FacebookShare to Pinterest

Our 2ce a month recycling is happening first thing Monday morn, so tonight I started the process of upcycling my pile of milk jugs, as seen here:

- November 07, 2021
Email ThisBlogThis!Share to TwitterShare to FacebookShare to Pinterest

- November 06, 2021
Email ThisBlogThis!Share to TwitterShare to FacebookShare to Pinterest

Yay...Day 2, and starting off pretty early in the day for me.

Aside: part /of why I'm doing this daily writing challenge/mini-resolution is to follow thru on cycles...I'm great with ideas, and sometimes have an issue with starting, but *often* have an issue with follow-up, follow-thru, and/ finishing. 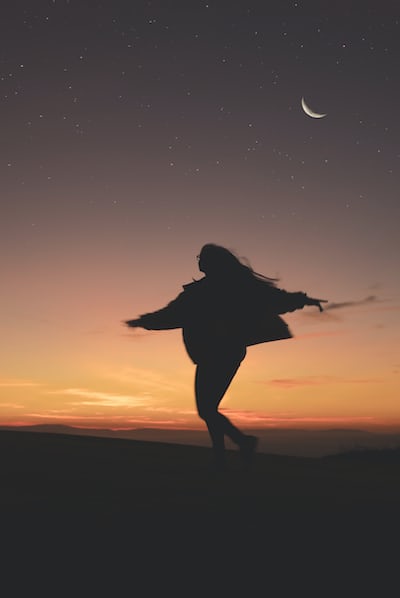 I follow the lunar cycles to stay more in touch with the power of nature...the dance of the spheres (planetary system) and especially of the moon is a large, impactful and yet very personal embodiment of nature: we each have our own experience of our moon, no matter the phase. Moreover, the lunar cycle is a driving force on the Earth: it drives tides, an early way to measure time, (as was the daily rise and set of the sun and moon), and as Chaucer noted, don't wait for anyone. Further, for women, the lunar cycle and women's cycles are sync'd, more or less. Men too, follow their own, though less pronounced, lunar cycles. So aligning our lives with the cycles of nature is wholly logical, and, for me, makes me feel more in tune, tapped into the greater energies, and spiritually expanded. 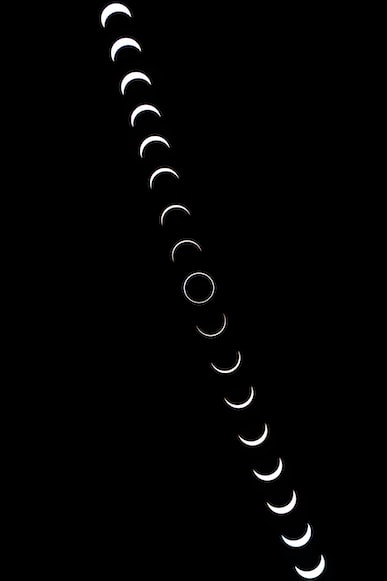 Within the lunar cycle, the new moon is the beginning, the origination point, the start of the cycle, the seed of what will emerge. In astronomy, the new moon is the first lunar phase, the beginning of the cycle, a new beginning. It can be a time to set intentions and/ goals, and begin projects. During a new moon, one can mark the moment with a ritual, or rite, setting intentions for the next cycle of your life. Many mark this time of newness with a ritual bath, washing away the old cycle, cleansing ourselves to be fresh for the coming new experience of this next cycle. As the moon's gravitational force exerts a pull on the tides of the oceans, our internal cell waters may be affected* minutely too. Further, for all the millenia of animal and human lives, the only bright light at night was the moon, and during the new moon, it has always been barely visible, and, by definition, does not reflect light to us, except maybe a fingernail's worth...so it has been a time to stay home, stay safe, nest, if possible, looking forward to new
*However, even though the light is not present, we, like all animals, are probably affected by the lunar cycle:

Thus the various effects of the new moon phase can affect us; however we can choose our direction forward at this inflection point in our month, setting our direction for embodiment and manifestation to peak at the full moon.

The lunar cycle is about a month (a moonth). The Sun's visit in each sign is also about a month, generally starting on the 21st of the calendar month. So the current Scorpio *solar* season, which always encompasses, appropriately, Hallowe'en, began at the middle-end of October, and will go to the middle-end of November. Meanwhile the *lunar* cycle, which always starts with the new moon in the same sign as the solar, but each phase only lasts 1-2.5 days, thus, this Scorpio new moon in the Scorpio solar season, kicks off a Scorpio-Taurus axis, the full being in Taurus, on Nov. 19, 2021, which happens to be an almost total lunar eclipse and super-moon. The goals and intents of the Scorpio New Moon energy should manifest fully by the Taurus Full Moon. 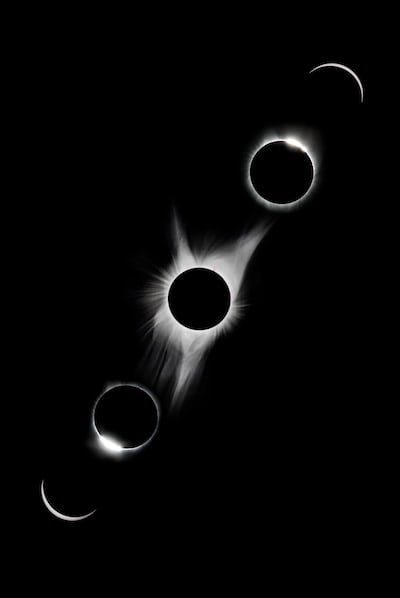